The Department of Immigration will deport a North Korean-born refugee despite recognising he would probably be executed or sent to a forced labour camp on arrival in his birth country.

After two stints in prison for drug-related crimes the department sought the man’s deportation for failing the ‘character test’, deeming him a danger to the Australian community. 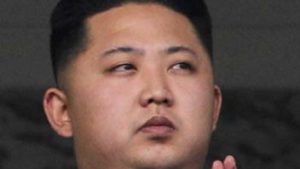 But, as documents obtained by The Age and The Sydney Morning Herald show, even though the department accepted the man, Choe*, may be subject to the death penalty, or put into one of the secretive regime’s notorious forced labour camps on his return, these threats are not an “insurmountable” hardship sufficient to stop his deportation.

Australia is a signatory to numerous conventions that discourage refoulement – the involuntarily return of refugees to their country of origin where they may face persecution.

In what experts say may be the first case of its kind in Australia’s history, the decision stunned many in the legal community for the seemingly contradictory reasons supplied by the department of Immigration official.

I accept that Mr Choe would face hardship if he were returned to North Korea … I find that this hardship, though significant, will not be insurmountable.
Department of Immigration officials

The Administrative Appeals Tribunal upheld the Department’s decision in October, with senior member Kira Raif agreeing there were “strong reasons” why Choe shouldn’t be returned, but ultimately finding that the “protection of the Australian community and community expectations outweigh other considerations”.

Choe originally fled North Korea in the early 1990s. After criticising the dictatorial regime, he became a target of the government and was probably bound for a forced labour camp. When he fled, his life in jeopardy, he couldn’t say goodbye to his family.

He arrived in Australia in 1993, aged about 26, after stowing away in a shipping container bound for northern Queensland.

His first job was working at a Sydney restaurant. The hours were so long, he said, it was like “trading one hell for another”. Choe developed mental health problems and started using drugs.

In 2008 Choe was convicted of supplying a prohibited drug and was jailed for two years and three months. In 2009, he was formally warned – offend again and your residency in Australia may be threatened.

He told the tribunal that he was aware that what he was doing was wrong, with the NSW District Court finding that Choe had good prospects of rehabilitation. Despite his remorse, he offended again and in June of 2015 was sentenced to six years in prison, with a four-year minimum, for supplying 385 grams of methamphetamine, with a street value of about $100,000. The criminal conduct, Choe said, was to feed a $300-a-day ice addiction.

He is now being held in immigration detention.

On May 17, 2017, the department decided to cancel Choe’s visa, and deportation proceedings began.

He was notified that the department intended to deport him, a decision he appealed.

In its review, the Department of Immigration accepted that even though there was a risk Mr Choe would be put in a labour camp or executed, those conditions didn’t amount to “insurmountable” hardship.

“I accept that … Mr Choe would face hardship arising from fears that he could face imprisonment or execution after speaking out against the government of the day, were he to return to North Korea,” a departmental official said in their decision.

“I accept that Mr Choe would face hardship if he were returned to North Korea. However, I find that this hardship, though significant, will not be insurmountable.”

The AAT upheld the department’s decision, finding there was a “risk of reoffending, which is greater than a negligible risk” and therefore would “not revoke the cancellation of the applicant’s visa”.

A spokesperson from the Department of Home Affairs refused to comment on the matter. Under the Migration Act, a non-citizen’s visa must be cancelled if they are imprisoned for an offence committed in Australia because they fail the character test, but the Minister for Home Affairs can overturn the decision at their discretion.

The ordeal exposes a dilemma for Australian authorities determined to deport offending refugees who fall into domestic criminality because of mental health problems and drug use.

In June 2014, 41 Tamil and Singhalese refugees arrived in Australian waters. The government returned the refugees to the Sri Lankan Navy as part of Operation Sovereign Borders under then-immigration minister Scott Morrison. The international community accused Australia of violating their non-refoulment obligations, concerned the refugees would be subject to persecution by being returned to Sri Lanka.

Barrister and refugee advocate Julian Burnside said the department should have exercised discretion so Choe could avoid the repercussions faced by those who criticise the North Korean regime and then flee.

“He may not be shining example of people in our society but he should not face execution for an offence for which he has already paid the price,” he said.

The actions of the department, he said, were “stupid and heartless.”

“Cancelling a visa knowing that he may end up in a labor camp or executed is a seriously bad exercise of the discretion they have.”

Choe is highly distressed and afraid, and spends his days in a state of despair, his barrister Dr Jason Donnelly said.

“I fear that if I returned to [North Korea], I will be either be imprisoned in inhumane conditions or executed by the North Korean authorities,” Choe told the immigration department.

“I consider Australia my home. I have lived here for close to half my life … I believe I am a genuinely changed person.”

It’s unlikely South Korea will grant him a visa, Dr Donnelly said, because of his criminal record. His appeal to the Federal Court, slated for some time next year, is his last hope to remain in Australia.

For now, Choe searches only for peace.

“I am committed to remaining a changed man and live out the latter part of my life in Australia, in peace.”

*Not his real name

See the actual media report in full at https://www.smh.com.au/national/execution-not-insurmountable-hardship-immigration-department-says-20181221-p50nnh.html